Who am I Gonna Call? 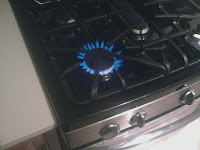 Where to begin. It seems that I either have proof of someone squatting in my house or something may be lurking in the shadows, unhappy to have to deal with new tenants.
Before I go into what happened I will mention that I personally am a believer of supernatural and paranormal phenomenon (ghosts, aliens, Good & Evil, Christopher Walken, etc). That having been said, I must clarify that I don't believe every single story I hear. In fact I am sure that 90% of most stories are people misunderstanding natural phenomenon or people just wanting attention. Yet I do believe that there are those 10% of cases where all the evidence points to an answer that can only be found beyond the natural. 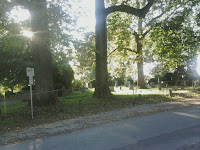 I moved into my current house (townhouse actually) at the end of this past August. I had moved out of an apartment right before graduation and was temporarily living at my mom's. I was looking for a place to live and found a relatively cheap townhouse in Forest Glen. When I went to visit the first thing I realized was that it was a block away from the cemetery. I didn't think much of it, though there is a uneasy stillness in that area. The townhouse is relatively new and it looked like the former tenants had recently moved out...with great haste. I managed to con my friend Alonso into moving in with me and was able to convince him to move when we saw how cheap the place is (the price had dropped twice in the past month). 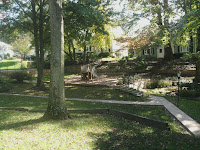 What's really strange about the community I live in is that you never hear any noise. I mean there are supposed to be families and recent grads living here but you never hear anything and at most you only ever see two people at a time. There are of course only two logical conclusions; everyone is part of a cult or I live in a ghost town. Though that topic will be covered in another post, once I gain more evidence.
Now we've been living at this place for over a month and have both heard our fair share of creeks and knocks (which seem to be coming from the inside of the house). One night Alonso and I were talking about this when our conversation was interrupted by a distinct knock from downstairs. We of course did what any man would do and submerge ourselves in video games, escaping the world around us. To make matters worse I have been reading a lot of Lovecraft recently, and if you don't know who or what kind of literature that is, well I just feel sad for you and I would recommend reading the Necronomicon written by Abdul Alhazred. 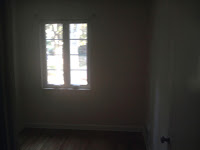 Thursday October 13th was the catalyst that has forced me down a very unusual road. I arrived home and found one of the burners on the stove on. My initial reaction was to send Alonso a text, scolding him about being so careless since he could have burned down the house, or worse, caused our bills to go up. A few hours later he responded, saying that he did no such thing since he eats breakfast at school (he's a teacher). I didn't want to believe him but all the evidence pointed to him being right.
There were no dishes, no pots or pans that had been used. Also there is no food in the house to cook. I wanted to believe that maybe someone had broken into the house and was making tea or cooking meth but both doors were locked, and like I said no pots or pans were out of place. 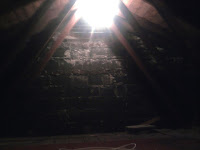 One thing is certain, if there is a ghost or other paranormal entity, it is getting stronger. Creeks and knocks are one thing but being able to turn a burner knob to ignite the flame and then turning it down to number 8 means that whatever is here can manipulate physical objects.
This, I assume, is only the beginning and I will continue to document all that happens. If you have any experiences of your own, or know someone who does, let me know and I will make a post of it. Until then I will be trying to get a priest over to bless this house and limit my seances to only one a week.