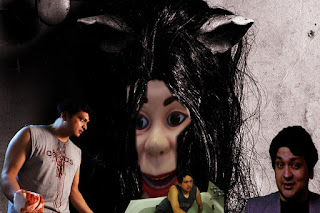 Only one review is reviewed this week since things took a turn for the strange when I covered Jigsaw.


The reviews for Jigsaw ranged from mixed bag to bad. Essentially it seems that the Saw films have not recovered from franchise fatigue. Unfortunately, due to issues with my camera (forgetting to hit record), I only covered on review; Garrett McDowell’s Jigsaw review. Overall, McDowell gives a decent enough review for the film. His intro is a bit long but his room, lighting and audio are on point. As for his review itself, McDowell reveals why he enjoys the Saw films and tries to make it everyone’s opinion. He claims the only reason people watch the films is due to the violence. While it’s true that Saw kicked started the torture porn genre in the 2000’s — there were plenty of exploitation films beforehand — what really resonates with a person is the message of John Kramer’s work; people don’t appreciate life until they know they are going to use it.

People purposely live in their own ruts, not changing, not valuing the little time they have on this planet. It takes such extreme measures for people to appreciate what they have and initiate positive change in their lives. The early Saw films focused equally on the torture and the message. With Jigsaw it seems that either we’ve become dull to the message or would just rather watch others get tortured.

Will aim to do more reviews for the next film. I will admit, this episode felt week. Looking to rework this and focus more on the review.