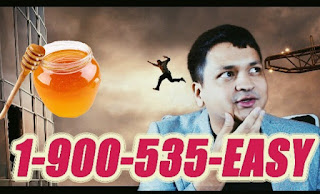 Lots of reviews covered this week for the summer blockbuster hit, Skyscraper.

Going into these reviews I knew the People’s eyebrow would make an appearance and boy was I right. Skyscraper stars Dwayne Johnson and as the reviewers make clear, he will always be known as The Rock.

The first review comes from Film Select and once I saw the eyebrow I said, “no click.” Why did I not give this review a click? First, I don’t like the combination of backwards hat, beard and eyebrow. Second, well the first point was really it. The lesson here is always judge a book by its cover.

Next I look at Worth a Watch?’s review. The title claims to review Skyscraper in 30 seconds yet the video is clearly 57 seconds long. False advertising. I do think they can manage a decent review in that time period it’s just that I don’t like being lied to. Will have to check this channel out again.

Zach Pope’s review is a nice palate cleanser after the first two reviews. Including, in his title, that Skyscraper is an homage to Die Hard caught my eye since that was my initial gut reaction when I originally saw the trailer. Man has to battle building to save wife/family from Germans (I know, spoilers). It’s the story we all know and love, and I wanted to see Johnson’s take on it. Pope cemented himself as a good reviewer when not even a minute into the review he let’s us know that Skyscraper is good, fun, summer blockbuster type film — now if we’re interested, we can keep watching or move on to another video. I honestly hate YouTubers that wait almost 10 minutes to present what they were going to present on. I wouldn’t mind it so much if they were saying anything of substance or building their case but most of the time it is just filler to hit that 10-minute mark. Luckily this is not Pope and he gives a great review. Also, really enjoyed that he already had a Skyscraper shirt despite the film not being out.

The final review from a “critic” that I looked at that came from Movie MomTM. The first thing I noticed was the template of items Movie Mom looks for when reviewing the film. I liked this since it showed what bar she is measuring the film with and how she shapes her conclusion. What threw me off was that there is a “Diversity Issues” section. Why does it matter if a film has diverse characters? As a brown man, this confused me especially given that this is supposed to be a critical look at a film. It then takes a whole half a page before she really starts talking about Skyscraper so, I got bored and tossed this in the bad pile.

I did look at user reviews and loved them! Will aim to include more of them in the future. At the end of the day…go see Skyscraper! Worth seeing it on a big screen.