Reviews of Reviews: Down a Dark Hall 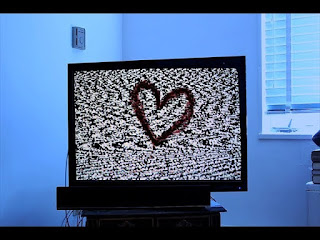 Down a Dark Hall was…OK but the reviews for it were excellent!


I took a stab to reviewing a video on demand film since more and more films are going this route. Surprisingly it looked like a film that could have been shown on the big screen and was just as generic as most films.

John Doe Movie Reviews wowed me with his intro. Good intro tune, lots of moving images and an explosion. He’s got my attention! While Doe gives a good review of Down a Dark Hall/Blackwood (international name) — including the mention of how forgettable it is — I think people may have been turned off by the fact that the review is in Spanish. Note to self, sneak reviews in other languages towards the end of the episode.

The New York Times did a fantastic job of showing the other big problem Down a Dark Hall has, it is a jack of all trades master of none. It tries to be fantasy, horror, drama, coming of age. It ends up spreading itself too thin and muddying a premise that if polished could be quite the gem.

The irony here is that I feel my show, Reviews of Reviews, has fallen into this trap of trying to be too much and not achieving anything. I’m going to take some time to rework the show because I do think there is a seed of an idea buried under a lot of gravel. Fitting that Down a Dark Hall made me realize I need to focus up and get good at one thing.